It is said that the Ketchup famous song “Aserejé” (at least the title) was inspired in the first words of the mythical song “Rapper’s Delight” by Sugar Hill Gang (“I said a hip”). In the history of music, there have been many cases of alleged plagiarism, copy or call it what you will.

George Harrison was accused of plagiarizing the song “He’s so fine” by the Chiffons when he composed his hit “My Sweet Lord”. On a corporate level, accusations of Apple against Microsoft about an alleged plagiarism of Windows operative system are known. We are currently living a war among different coffee companies to gain supremacy in the sale of capsules for espresso coffee machines. This is a case of deliberate plagiarism: some companies try to find a business opportunity since Nespresso does not sell its capsules in supermarkets. We can see the show on television advertisements every day.

Returning to music, the successful Pharrell Williams has similar problems with his famous video clip Happy. He stands accused of plagiarizing the artist Ann Marsen’s film (you will see it on this piece of news). Indeed, it seems that there are fairly good reasons to believe that Williams or the video clip’s scriptwriters were not too original but they blatantly copied the idea. Is it true or false?

Some creativity experts claim that copying is creative. I agree up to a certain extent. Copying an idea by means of adapting it to another context may be somewhat creative. But then, you should play fair, recognizing the original idea from the very beginning. It is clear that being inspired by ideas or things that already work stimulates creativity. But, careful! Radical or disruptive creativity consists of being able to produce authentically new or different ideas. That is what makes the world go round. Let us welcome the intelligent copy, but we should be even more pleased at having an original idea which challenges established preconceptions. It is curious that Pharrell Williams himself suggests the “I am OTHER” concept proposed to all of us so that we can be different from each other by searching the “other” inside us. The problem arises when such “OTHER” is very much alike to the “OTHERS” outside. The never-ending discussion between difference and repetition.

This site uses Akismet to reduce spam. Learn how your comment data is processed. 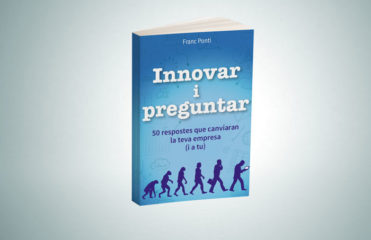